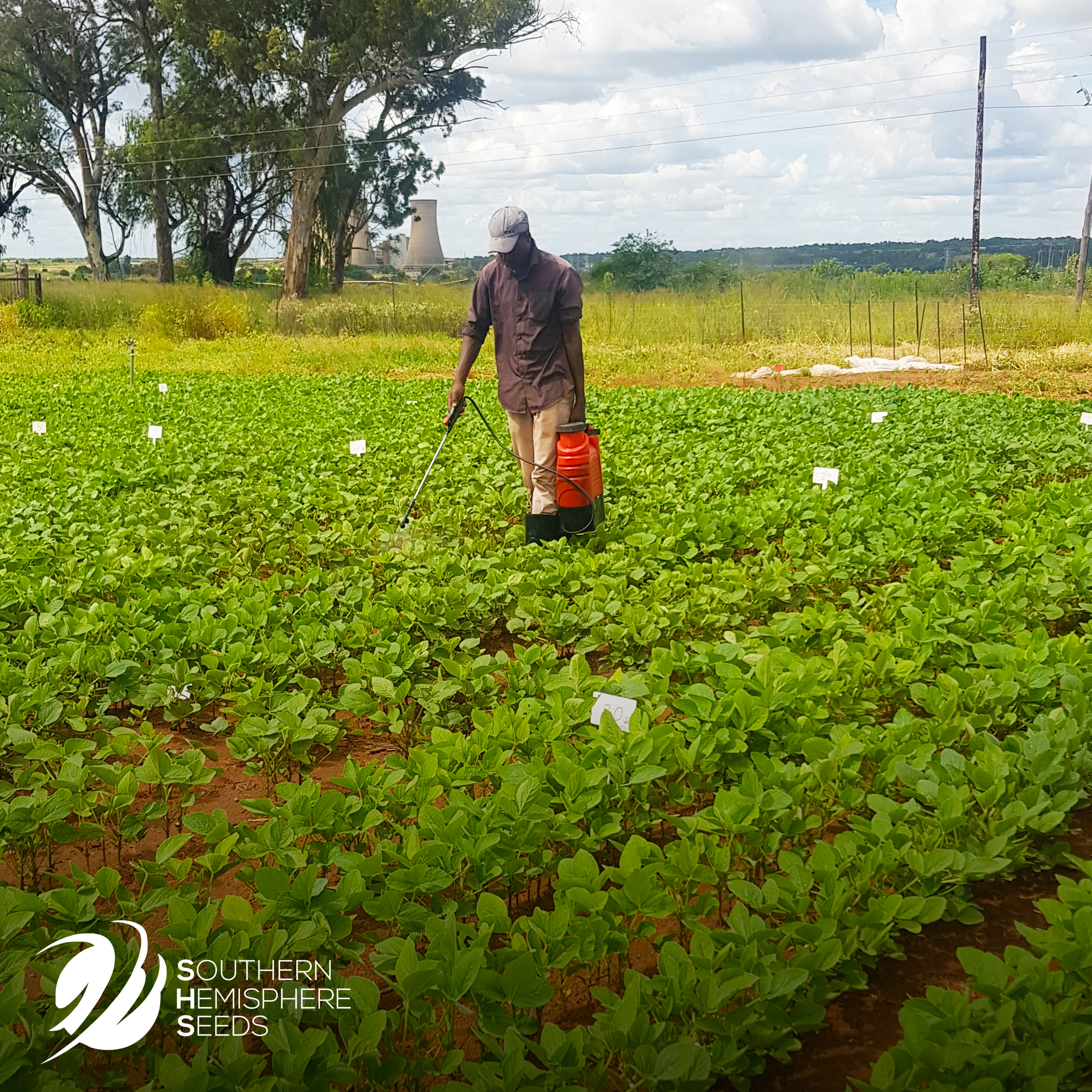 Why Do Farmers Use Herbicides?

Herbicides are chemicals used to kill or control weeds and unwanted vegetation. These pesky little plants grow most frequently in row-crop fields such as soya bean plantations. Weeds compete with soya bean crops for sunlight, water, and nutrients. Moreover, they also occupy space that soya bean plants need to extend their root systems.

When To Apply Herbicides

Herbicide application may be used before or during planting to minimize the growth of weeds and other vegetation, in order to maximize soya bean crop productivity. Herbicides are also used in forest management to prepare logged areas for replanting, but the frequency of application is much less than for soya bean farming.

Although using herbicides is an easy and relatively cheap way of controlling unwanted weeds amongst soya bean crops, it does not always solve the problem.

The Negative Effects of Using Herbicides

The Most Commonly Used Herbicide

The most commonly used herbicide for soya bean farming consists of organophosphates. Glyphosate is one of the most widely used organophosphates and kills all kinds of trees, grasses, shrubs, and broadleaf plants (weeds and soya beans). Soya beans that are genetically modified (GM) to be glyphosate-resistant (GT) will survive glyphosate because of a genetic modification to the plant’s target enzyme.

Genetically modified (GM) glyphosate-resistant (GT) soya beans are tolerant to glyphosate. This means that farmers can kill weeds by spraying glyphosate, without killing their soybean crops too.

Glyphosate targets the shikimate pathway enzyme (EPSPS) which is essential for plant life. Plants without this genetic modification die when treated with glyphosate. Glyphosate-resistant plants have a modification that makes this enzyme insensitive to glyphosate. Monsanto introduced Roundup Ready (RR) transgenic soya beans in 1994 and commercial planting began in 1996.

The Intacta™ Roundup Ready™ 2 Pro soya bean trait was officially launched by Bayer Crop Science in 2022 which also protects against insect pests like the armyworm, podworm and African bollworm, as well as improved tolerance to glyphosate herbicide.

The Y651 IPRO soya bean cultivar (which contains Intacta® RR2 Pro) will protect against insect damage caused by common pests like the African bollworm. Intacta® RR2 Pro also provides glyphosate tolerance for weed management and can reposition the herbicide-tolerant trait on the DNA of the plant.

Everyone knows that soya beans are diverse, so wha